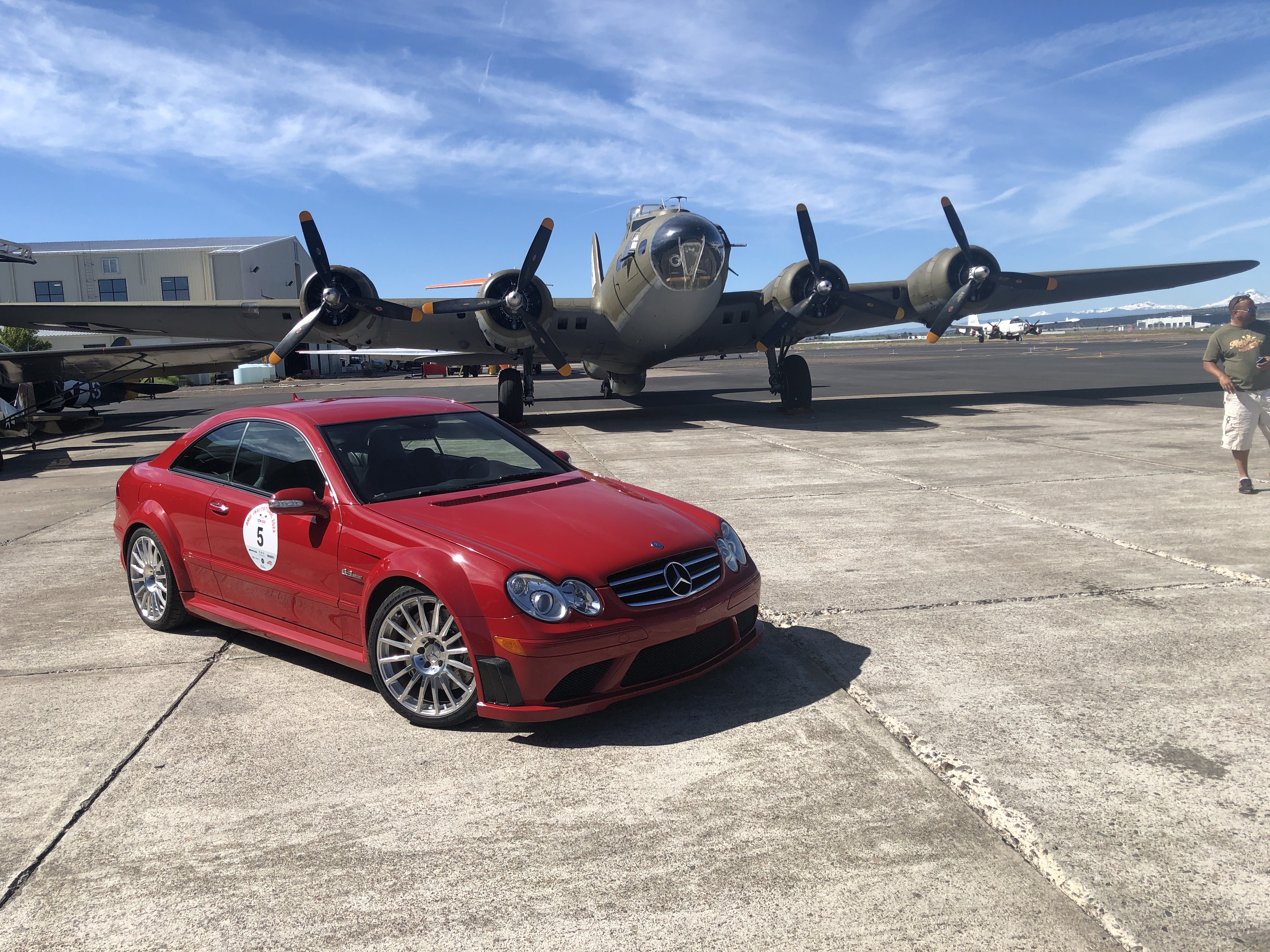 A few months ago, while paging through The Star, my husband Ian spotted a notice with details about Sports Car Market Magazine’s first ever SCM 1000 AMG Invitational, presented by Mercedes-AMG. Honestly, we weren’t sure if our AMG C43 warranted “Invitational” status, but we signed up and were thrilled to be accepted to run with the mighty AMG heavyweights.

The setting for this event was stunning. Oregon’s volcanic Cascade Mountains provided the backdrop, with the snowy peaks of Mount Bachelor, the Three Sisters, Mount Jefferson, and Mount Hood a daily reminder of how the landscape was formed by explosive activity that still lies deep within the range. The group made daily excursions from our home base in Bend to lead us back in time. We were provided opportunities to view some of Mother Nature’s more spectacular works of art up close and personal.

Our first drive took us along Cascades Lakes Scenic Highway, past forests of Ponderosa Pines – many devasted by recent forest fires – and ending up on open range with a tour of the historical town of Fort Rock with its Homestead Museum of cabins built by the settlers on the Oregon Trail. Rising out of the vast flat scrubland just outside of Fort Rock, a ring of rocks formed an enormous caldera that was once filled with and surrounded by water, but now remains a natural landmark and monument to Earth’s never-ending climate change.

This was just the beginning of a week filled with educational tours. Ranger Bill guided us to the Big Obsidian Lava Flow where we marveled at the reflection of glass shards used by the Native Americans to make arrows.

We felt the brush of feathers as we came up close and personal with Oregon Raptors at a show put on by the High Desert Museum. We photographed our cars against the Painted Hills, and then learned how they were formed and how fossils were trapped by the cycle of ancient volcanic eruptions at the Condon Paleontology Center.

We also compared the roar of World War II aircraft engines belonging to the Erickson Aircraft Collection to the roar of the 2009 SLR McLaren Stirling Moss as it flew down a runway. (In case you are wondering, it was a tie.)

In between every stop were the roads! Oh, the roads! Not the clogged byways and highways around Portland and Seattle where having an AMG engine seems like excess, but the open roads where you can see for miles across desolate plains with nothing to distract your eye but sagebrush.

The twisting roads dive down into deep gorges with breathtaking views of river valleys that were an oasis from the hot high desert plains. These are the roads that every car enthusiast dreams of, where engines and driving capabilities can be tested and pushed to higher limits than ever possible in the city.

Speaking of dreams, the final tour found us doing laps around Oregon Raceway Park. While not at racecar speeds, we were still able to feel the g-forces around the curves. Kudos to the route master.

In addition to the mix of driving and educational tours, delicious meals were served in locales that highlighted the area. My favorite was the buffet lunch at the Imperial River Company, as we sat along the Deschutes River watching the river rafters enjoy the water and sunshine as they were floating by.

Mealtimes gave us opportunities to ask questions and get to know all the other participants, sponsors, and organizers of the event in relaxed, casual, and fun environments. We were also treated to “Conversations with Collectors” before each dinner. Keith Martin, Publisher of Sports Car Market Magazine, hosted lively question and answer discussions on the history and future of Mercedes-AMG.

If I can offer a piece of advice to new enthusiasts who are looking for opportunities to connect with events like this, I would suggest that you should start with your local clubs. Volunteer your time and energy to your local club’s Board of Directors and build positive relationships. You never know where those connections will lead you. Perhaps you too will find yourself driving the backroads with a 2008 CLK63 AMG Black Series, trying your best to hug the curves like the 2021 AMG GT, or get the pleasure of seeing a museum car like the 2009 SLR McLaren Stirling Moss in action. We reveled in the special vehicles that other attendees brought, and we were delighted with the abilities of our little 2017 AMG C43.

A huge thank you to Mercedes-AMG, Keith Martin and his staff at Sports Car Market Magazine, the many volunteers and event sponsors, and to the participants of this event who shared this remarkable and memorable experience with us. We hope to see everyone again on the roads less traveled! 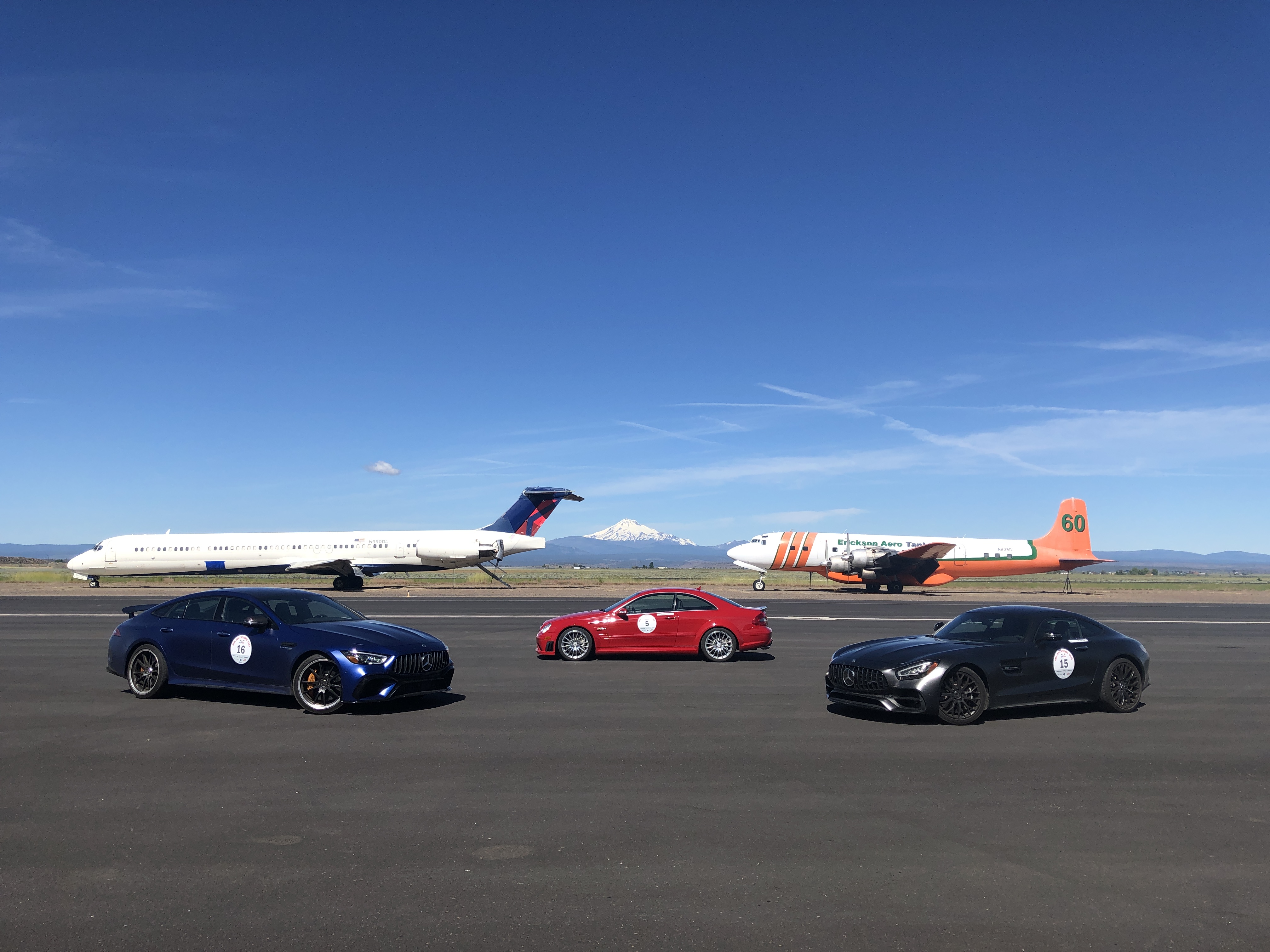